Okay, first things first: yes, as far as I can tell, “Joseph Kuhr” is his real name. No word yet on whether he has to support a wife and unborn child on a pitifully small salary, but just in case, he’s legally forbidden from coming within fifty feet of any chemical plant. [Citation needed]

Anyways, I guess there’s a crumb of novelty to this episode’s teamup that’s not completely arbitrary like “Pets” was, but mostly it just makes me disappointed that the episode isn’t about JLI lesbian shenanigans. As for the comics connection, well… apparently James Robinson liked the basic enough idea to give it a double-page spread in “Face the Face”- 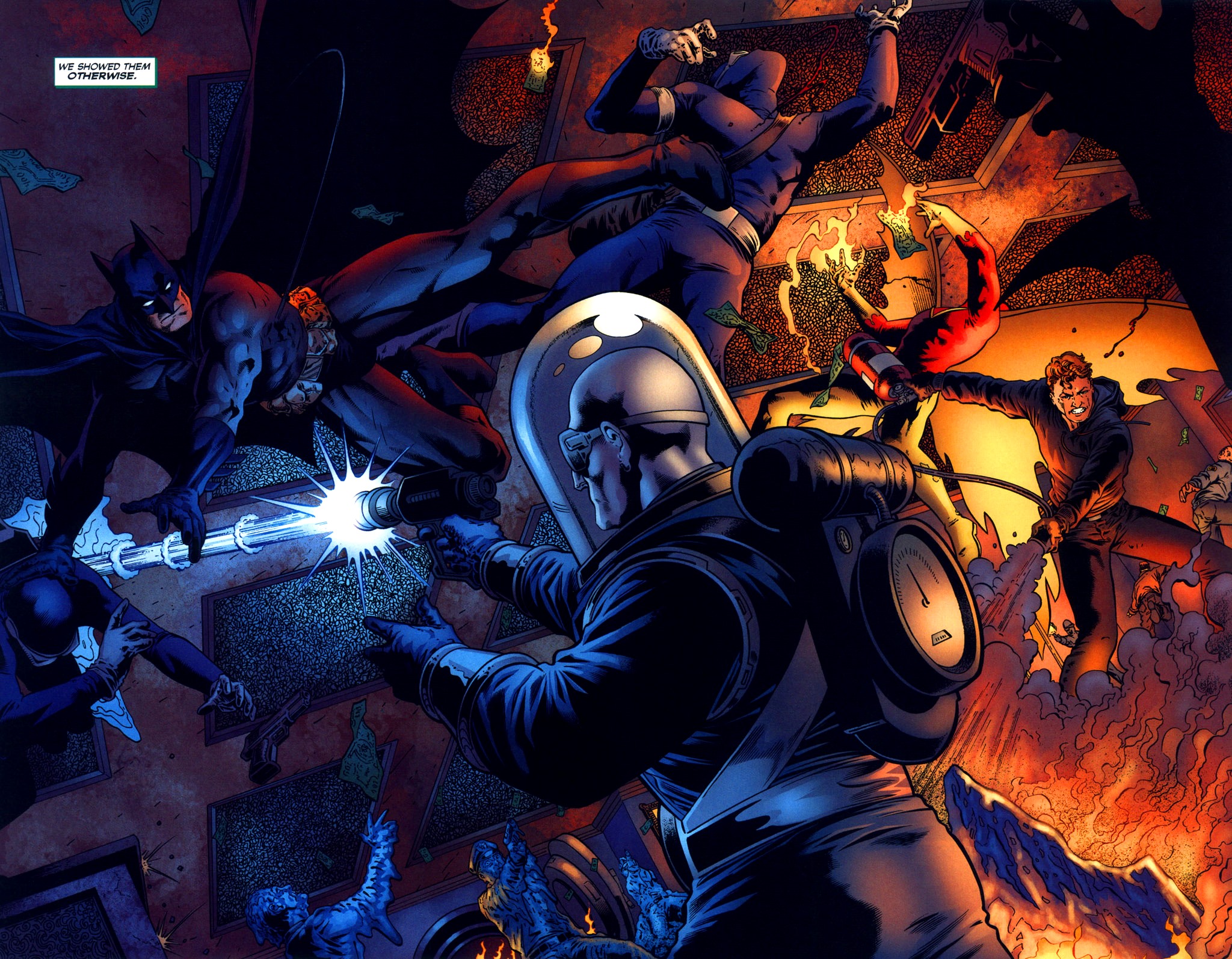 -but I’ll leave it to you to decide if getting publicity from the second-worst Batman story of 2006 is anything to be proud of.

END_OF_DOCUMENT_TOKEN_TO_BE_REPLACED

“Then Capizzi and Goguen, when they had secretly called the Weisman, determined from him what time the star [of That Other Show] appeared. And they sent him to the old WB studio and said, “Go and search carefully for the one called Freeze, and when you have found him, bring back word to us, that our show may come and worship him also.”
– Matsuda 2:7

Okay, so perhaps Mr. Freeze isn’t the literal Messiah, but there’s little denying that he’s That Other Show’s proudest legacy (facing competition from only the Mad Hatter – maybe – in that category). Sure, its depictions of the Joker and Two-Face, and of course Batman himself, are all justly celebrated, but those guys already had a pretty strong following from the comics. All they really needed were people interested in faithful adaptation.

Turning a C-list villain from the comics who used to look like this into a tragic, Emmy-winning A-lister, though… now that takes Paul Dini-at-the-top-of-his-game talent. And several more miracles.

(By the way – if you haven’t seen “Heart of Ice”, please go do so right now. It’s one of the few episodes of That Other Show that comes close to living up to the hype.)

Given post-’92 Freeze’s popular recognition and his massive toy potential, it was inevitable that The Batman would eventually take its own crack at him. Hell, he was getting theme-song coverage from day one. This, no doubt, horrified legions of fans who’d already been twice-burned by its portrayals of Joker and Penguin, but chances are that at least some of them breathed a sigh of relief when they got word that this Freeze was being handled by none other than Greg Weisman.

Weisman, as any self-respecting millennial knows, is probably the only writer in “serious” Western animation with a more sterling reputation than Dini. It was he who fathered one of the most beloved action/superhero ‘toons of all time, one that pushed envelopes and captured fans even That Other Show could never—